Jacques Cowan is what the French call "a runner of the woods." He may be a foreigner in the new world but Jacques quickly learned the ways of the native people, their language, their routes, and their skills. But he didn't leave his life in another land for adventure, freedom, and wealth - he had much more in mind than trading pelts and cheating death. Jacques had listened intently to the stories that had crossed the ocean, extraordinary tales of mystical creatures and unknown forces. Black Goat finds Jacques mid hunt, as he closes in on what others thought was a legend. What he doesn't realize is that the legend is on a hunt of its own. 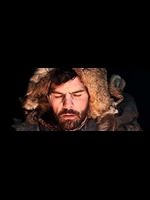